The impact of renewable energy in the UK

The UK generated more power from renewable sources than fossil fuels for the first time in 2019. In the period of July, August and September, renewables generated an estimated total of 29.5 terawatt hours (TWh), compared with just 29.1TWh from fossil fuels, according to analysis by Carbon Brief. 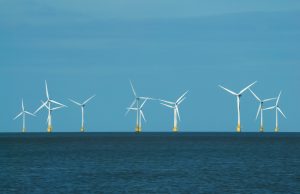 This is a significant step in the UK’s effort of meeting green gas emission targets, but what are the considerations from an impact stand point and how would investors measure this impact?

Looking at the bigger picture of emissions into the atmosphere, the overall impact is the reduction of 29.5 TWh worth of power being produced by sustainable methods as opposed to fossil fuels, and the associated green house gas emissions.

From an investment perspective, analysts would need to relate the positive impact created to each dollar or pound of investment.

There are numerous methodologies to value impact such as the ‘Impact Multiple of Money‘, where the positive impact, in this case the value of individual units of energy generated, is divided  by the value of the investment to create a ratio demonstrating the impact as a multiple of each pound invested.

Assuming the investment is providing a return, investors can then take this multiple and compare it to similar investments, for example, a renewable energy project in China, and evaluate which one is producing the most positive impact in monetary terms.

The Challenges of Measuring Impact

It must be noted the positive impact of renewable energy projects in developed economies such as the UK is relatively straight forward to measure because the impact is easily quantifiable through units of energy and level of emissions avoided.

Taking the example of an ultra-low cost private school in Africa, it is clear the positive impact of the core business is the education of young people in low income communities. However, the measuring this positive impact to then create an investment ratio will be more challenging than the impact of renewable energy in the UK.

The UK’s renewable energy sector impact can be measured by the reduction in green house gas emissions in electricity production in the range of 372g – 988g  CO2eq/kWh depending on which renewable source replaces either coal or gas.

To gauge the positive impact of renewable energy in the UK, this reduction can be applied to total power generation in the UK.

Notwithstanding seasonal considerations and further growth in renewable generation, annualising the 29.5 TWh recorded in July, August and September would suggest 118 TWh could be generated yearly from renewable sources in the UK.

This suggests that the UK’s positive impact on the environment through renewable energy electricity generation is a reduction of  43.8 – 116.6 million tonnes of CO2 equivalent per year.

Investors seeking to find a multiple and a monetary impact value could implement a similar process to the overall production of an individual company to derive a metric for impact investing evaluations based on investment returns.